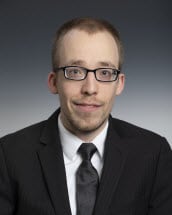 Having lived in Estonia, the United Kingdom, California, Alaska, and Arizona, Henry Lindpere is an Estonian-American with a truly international background. Mr. Lindpere received his bachelor’s in international law from Kingston University in 2014, graduating with “first class honors,” the highest distinction awarded in the UK. He also received an LL.M. degree from the University of Arizona James E. Rogers College of Law in 2018 and graduated cum laude with a J.D. degree from the same law school in May 2020. During law school, Mr. Lindpere participated in the Immigrant Justice Clinic to help low-income applicants in immigration matters. He worked on a visa application for a domestic violence survivor and visited the Eloy Detention Center to advise detainees on their asylum claims.

Mr. Lindpere’s work in immigration started in 2014 at Cox & Kings Global Services where he processed visa applications for the Consulate General of India in San Francisco. His work at Cascadia began as a paralegal in January 2017. During his three and a half years as a paralegal, Mr. Lindpere worked on a wide variety of different cases, but the majority of his time was spent on employment-based visas, military naturalizations, and family-based adjustment of status cases. Mr. Lindpere was admitted to the State Bar of Arizona and hired as an associate at Cascadia on July 1, 2020. He speaks English and Estonian.